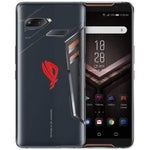 Asus also has the most complete line of accessories for the ROG Phone complete with controllers—including one that adds a second screen—desktop dock, and a WiGig dock to connect the phone wirelessly to your gaming TV. It also has the same distinct copper, orange on gunmetal gamer aesthetic as the company’s gaming laptops with a design that makes the phone look almost like an Iron Man suit. 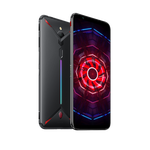 With the Nubia Red Magic 3 you’ll be playing on a large 6.5-inch—albeit only Full HD—90Hz screen. For less than $500 you’re getting a lot of phone as it comes with 8GB of RAM and 128GB of storage to start, not to mention a massive 5,000mAh battery that will keep you gaming for a long time. 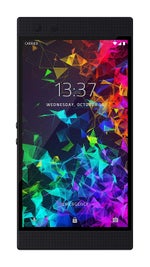 A Snapdragon 845 processor powers this whole experience, meanwhile a vapor chamber cooling system and a massive heat-pipe help keep this complete package running cool. Instead of having a global gaming mode like other phones, Razer has a curated list of mobile games in its Cortex Mobile app, which automatically adjusts settings like resolution, frame rate, and CPU clock speeds to run games optimally. 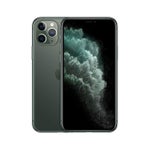 The iPhone 11 Pro  is Apple’s best smartphone in years and with all the exclusive games available only Apple Arcade, there’s never been a better reason to pick up this flagship iOS device. Apple went all out on specs this year as the latest model features a super-bright 800-nit display that peaks at 1,200-nit. It doesn’t feature nearly as much memory as some of the top gaming phones on this list, but Apple has always had a special way of optimizing iOS to do more with less. The iPhone 11 Pro also more than makes up for its RAM deficiency with its A13 Bionic chip, one of the fastest mobile processors you can get on a phone.

The best thing about getting an iPhone is you get access to plenty of mobile games, and it just so happens many of the best mobile experiences are available only through the Apple Arcade subscription service. Just a few of the top Apple Arcade games include Grindstone and WHAT THE GOLF?, and Exit the Gungeon.

The Black Shark 2 also features plenty of gaming specific software with a myriad of pull down Gamer Studio options to adjust the performance of your phone as well as display, touch, audio and networking settings. Like the Asus ROG Phone, Xiaomi has plenty of accessories designed for the Black Shark 2 including an attachable pair of controllers and TV connection hub. 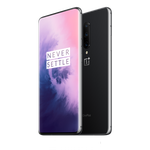 This gaming phone also comes with a Qualcomm Snapdragon 855 chip that’s plenty fast for even the most demanding mobile games. But you can also turn on Fnatic mode to prioritize processing power and networking speeds for whichever game you’re playing. There’s also a basic gaming mode that blocks notifications, enhances haptic feedback, and activates a faux-HDR display mode that presents brighter highlights and deeper blacks on the screen. 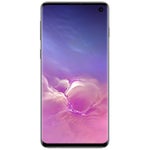 The Samsung Galaxy S10 is the first phone optimized for Unity-run games. Also, the GPU has been optimized for smoother gameplay for all mobile games no matter which engine they’re built on. Users can also turn on an enhanced gaming mode on the Galaxy S10 that gives you better video and audio from the Infinity-O display and Dolby speakers.

This phone also features an “advanced heat pipe” cooling system, which helps it stay cooler than other competing handsets. The Samsung Galaxy S10 Plus is also a great option if you want an even bigger screen and a vapor chamber cooling system to cool things down even more. 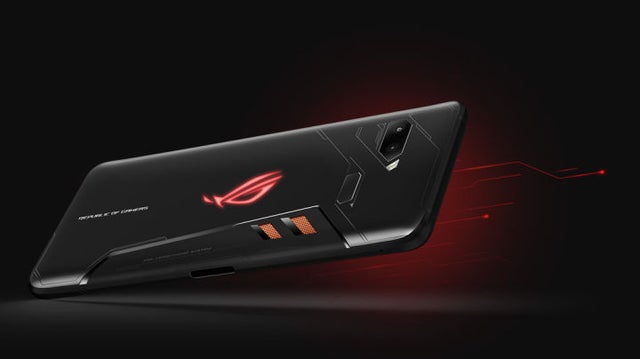 What’s Next for Gaming Phones

The third generation of gaming phones is starting to heat up and it’s all thanks to Qualcomm’s brand new Snapdragon 855 Plus processor.

The Asus ROG Phone 2 looks to be a pretty big step up from its predecessor, packing a newer processor, larger screen, 6,000mAh battery, and 120Hz screen. The Black Shark 2 Pro, on the other hand, aims to be the most affordable and powerful gaming phone that packs a Snapdragon 855 Plus chip with 12GB of RAM for just $450.

What to Look for in a Gaming Phone

Choosing the right gaming phone is a little different than finding the best smartphone. With regular phones, you might be more interested in battery life, the cameras, and a plethora of other specs, but the best gaming phones are all about their screens and processors with everything else being less important.

With that in mind, we’ll start with the processors. You pretty much want the latest chips available, which for Android are the Qualcomm Snapdragon 845, Snapdragon 855, and the newly announced Snapdragon 855 Plus chips. On Apple’s side, you should look for an iPhone with either an A11 Bionic or A12 Bionic CPU.

In terms of displays, you should pick out anything that’s a step up from your average phone screen. Often, smartphones made for gaming will feature a display with a refresh rate greater than 60Hz. 90Hz screens are what most of the top gaming phones feature, but we’re starting to see more gaming smartphones with 120Hz displays coming to market as well.

That’s everything thing you need to know about gaming phones for now. We’ll be updating this list periodically, especially as rumors suggest we’re going to see a surge of new gaming smartphones that may include the Asus ROG Phone 2. Xiaomi has also announced that it intends to introduce the Black Shark 2 Pro by the end of the month.

1 thought on “BEST SMARTPHONES FOR GAMING 2020”